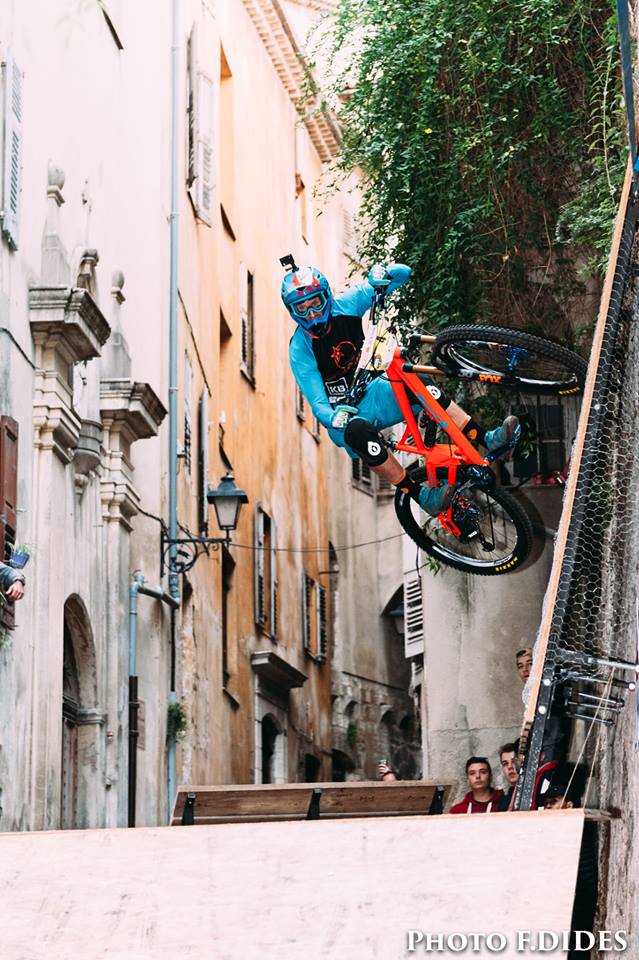 We caught up with MTB Pro downhill rider BEN MOORE after the last urban of the year in Grasse, France

“It had been a pretty epic year with several international wins starting off in Germany back in January. It really was the ‘perfect’ start to the year!

The season certainly had highs and lows (as it always does in any sport!). I broke my hand whilst filming in June which was a set back but my eyes were set on Grasse as it was my favourite race of the year, let alone the last. I placed reasonably well in 2016 on the same course just missing out on a podium by .200 of a second. Last year, I was recovering from shoulder surgery so this surely was my chance to storm the race… 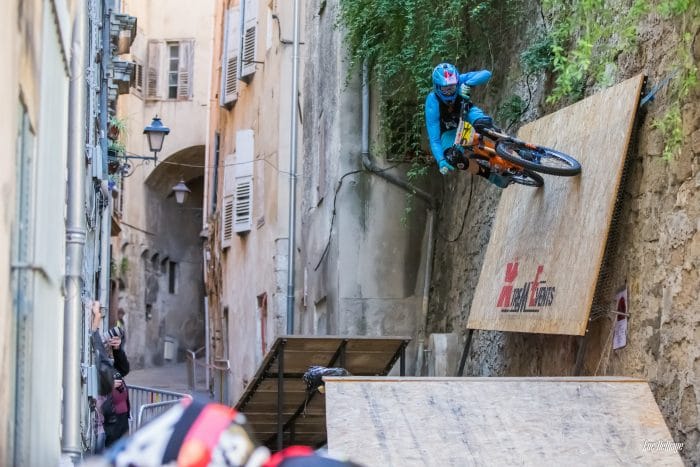 Training leading up to the race day went very very well indeed. I had no injuries and my strength was higher than ever before. What could possibly go wrong…

Qualifying was interesting to see the arrangement of places for the top 5 riders. I qualified 4th after laying down a smooth but conservative run. I knew that the course was very ‘energy based’ so it was essential to save as much energy as possible for the final. This meant I knew I had the podium dialled, I just had my eyes set on number 1 position.

The start of the course consists of a 15 meter sprint followed by the steepest and twistiest set of stairs in urban downhill racing. I put my front wheel an inch in the wrong place and fell… Words cannot describe how I felt. I’d worked so hard for this race and wanted the big result more than ever before. I rode down the rest of the course and wanted to climb into a dark hole after the race but was surrounded by press and spectators.

Reflecting on this truly unfortunate event, I have to say it’s just ‘racing’, sometimes you win and sometimes you lose. At least I’m not injured going into the training season. 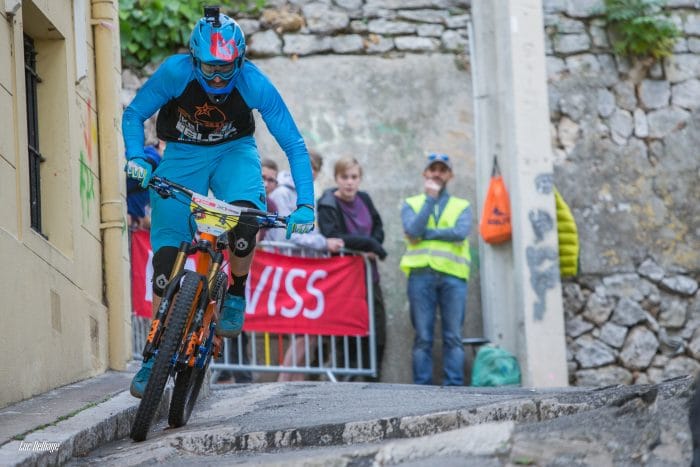 I apologise sincerely to all my sponsors backing me. I’ll bring the next race home…” (no need to apologise Ben – rather you pushing for 1st than happy with just finishing..)

On to the next Ben….