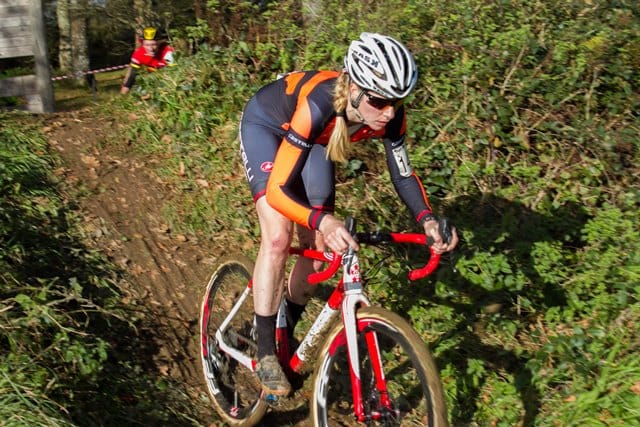 The former Danish National Cyclocross Champion heads back to her homeland for the Danish World Cup event this weekend. We caught up with her on the journey back to compete this weekend, with the 2019 Cyclocross World Championship firmly in mind….

Looking back on the last couple of seasons, I like to think I can count myself as one of the tough ones. I battled with illness, a bad back injury and mental health issues. After I decided not to race last winter (due to the back injury) I wasn’t sure I was ever going to race a bike again. I was riding and working out, but racing looked less and less likely.

That was until the first week of February of this year. The UCI announced that, besides a world cup this season, the 2019 cyclocross world championships would be held in Denmark. The first thing going through my mind was: “I can’t quit now! I can’t miss a world championship at home!” (The last major UCI cyclocross event was held in 1998).

So here I am, on my way to Denmark… Currently having dinner along the A1 in Germany. On Sunday I will be racing the cyclocross world cup in my home country. So yes, I started racing again. It wasn’t an easy decision and it took a while before I could say it out loud and tell others that they hadn’t seen the last of me yet.

My first races this season have been rusty, to say the least, but this was to be expected. I mean you can’t come back and pick up where you left after everything. But I am slowly finding my legs and racing mindset. Last Sunday I managed to get my first UCI top 10 of the year, a nice confidence booster for the Danish World cup on Sunday.

I hope I can show everybody at home that I still got it and that I can improve throughout the season. During the season out, I have completely dropped out of the world ranking, so my goal for 2018 is to slowly work my way back up to where I ones was so I can qualify for the world championships in Denmark in 2019.  A world champs on home soil I don’t want to miss out on!

I really want to thank Bloc for their support over the last seasons and am looking forward to what’s to come!